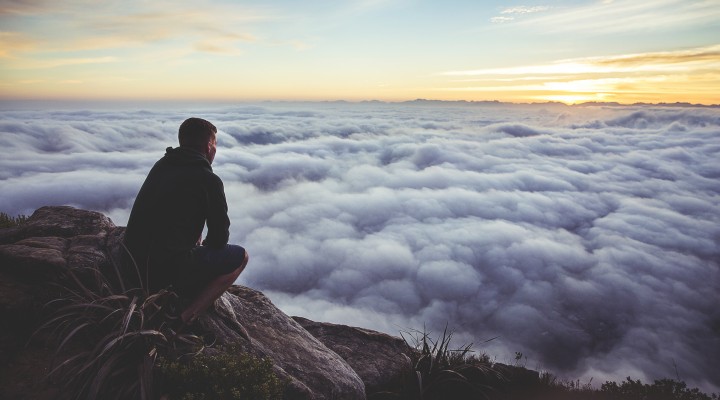 The following is an article written on the ‘British Homeopathic Association’ Website –  http://www.britishhomeopathic.org/

I feel that in Australia, men are asked to shut down their emotions and ‘get on with things’. At some point however, I do feel that this ends up catching up with them and a spiral of expressions come rolling out.

You may all already know my theory – ‘better out than in’ – I firmly believe that if we process our emotions as they come up, we have a better ability of understanding ourselves and accepting the flow and surrender that this life entails. Trusting that the emotions are there as a guiding force to help us live in the truth of our hearts is one of the most difficult challenges we have as human beings.

I recently met one of the founders of ‘Mankind’ in Bellingen, an organisation designed to assist in providing men with a safe place to talk about life and what’s been happening for them on an emotional/mental level. Please visit http://mkpau.org/ for more information about this fantastic organisation.

Mankind is living proof that more and more men are not accepting of the closed perspective that they should keep every emotion on ‘lock-down’. I find this encouraging and feel it is such a great start on so many levels to a happier and healthier future.

When men reach a certain age they sometimes behave out of character, writes Brian Kaplan

Have you ever heard of a happily married man who “found himself” and “ran off” with his secretary? Of course you have. Most probably he was between 45 and 59 years old. Now, if he’s lucky, his children still talk to him, but as for his ex-wife who used to be the love of his life… Or maybe you know a middle-aged man who just had to have an affair that apparently nobody knew about, until he got caught? Or the 50 year-old guy who feels a lot better since he was prescribed antidepressants for the first time in his life? Or the guy who suddenly “lost it” at work, did some­thing outrageous and got fired?Or the successful financial advisor who gave it all up and finally found happiness in landscape gardening?

The so-called male mid-life crisis takes many forms but they are all merely variations of the same theme. Many men seem to wake up one morning in their mid-forties to mid-fifties and start ask­ing themselves some basic questions about their lives.

Practising classical homeopathy for over 20 years means that I have heard hundreds of these stories. In most cases they were not the reason the patient con­sulted me. The man may have come to see me for just about anything. In classical homeopathy, in contrast to orthodox medicine, the doctor must ask the patient not only about his illness, but about his whole life. This means talking about job satisfaction, his marriage, relationships with his children, hobbies and hopes and dreams. When a patient senses the holis­tic approach of classical homeopathy he knows intuitively that he should not hide these sorts of stories from you.

I think it entirely possible that home­opaths hear more of these life stories than both general practitioners and psy­chotherapists. General practitioners are often too busy to ask about anything except the presenting problem. Psycho­therapists do ask their clients about their life story; however they hear far fewer life stories because by necessity they see far fewer patients than most homeo­paths. Few psychotherapists see more than 30 patients a week and then they see the same patients again and again for many weeks. Homeopaths however, see patients monthly and seldom for more than five or six visits a year. We homeo­paths may be the health professionals that hear the most life stories of all and some of these are those of the man in a so-called “mid-life” crisis.

What is “mid-life”? What is “middle­aged”? Is it an exact age or is it a state of mind? A friend of mine declared him­self “middle-aged” at 36. He said that he got on a bus and realised that half the people were older than him and half younger. He thus concluded that he was middle-aged. I don’t think there is an exact age. I’ve seen some pretty old 15 year-olds and some sprightly, young 75 year-olds. Youth, middle and old age are certainly chronologically age-depend­ent but they also have a lot to do with state of mind. And as we know, home­opaths pay a lot of attention to the state of mind of their patients.

Obviously there is no “best remedy” for male mid-life crisis. In order to think of possible homeopathic remedies, it is necessary to look at some of the main issues that can contribute to this syn­drome. These are the five main areas of concern that often seem to come up: sense of mortality, marriage, family, work and leisure.

Sense of mortality
At a certain point in every man’s life, he realises that he is going to die. The moment may arrive with a deterioration of health or even something as trivial as male-pattern baldness. For religious people, this sense of mortality may not be a problem. For many others however, it can be frightening and lead to the ques­tion: “Have I done what I needed to do with my life?” If the answer to this is negative (as it almost always is), then this can lead to a fear of death and con­sequent anxiety and depression. Remedies that have “fear of death” can then be thought of:

Kali arsenicosum: especially if there is a fear of heart disease (much more prevalent these days with all the pub­licity on coronary heart disease).

Phosphorus: for more open men who are interested in the arts and love physical and mental reassurance and sympathy.

Marriage
Men in fulfilling, happy marriages are less likely to suffer from this syndrome than men who feel trapped in loveless, sexless marriages or who are half of a couple who only live together “for the sake of the children”. Sex may be far less frequent than before and his wife may be struggling to come to terms with the changes in her physiology due to the menopause and the end of her repro­ductive years. His libido and ability to perform sexually may also be ebbing a bit due to age, fatigue, pressure at work and loss of confidence. Remedies to con­sider are:

Nux vomica: successful, powerful men who like to burn the candle at both ends and may well see an affair or two as the “solution” to their problems. May be critical of their wives and family.

Lycopodium: men who have a problem with commitment anyway, and now that life is going through a hard phase, start to wonder if they married the right per­son in the first place. Also candidates for an affair. On the other hand they may be starting to experience some symp­toms of sexual dysfunction.

Family
It can be quite daunting for a man to see his children leave home. He might sud­denly realise that the best opportunities for spending time with them have now gone and start to regret not making more time for them. This makes us think of remedies for grief and loss:

Natrum muriaticum: silent grief. Everything bottled up inside. Aversion to sympathy and will seldom seek counselling or advice of his own accord.

Aurum metallicum: grief that manifests as deep depression. May even think or talk of suicide. Usually suits successful, powerful men who distract themselves from their grief by becoming work­aholics.

Work
Few jobs are guaranteed these days and men feel far less secure in their place of employment. This lack of confidence gets worse as they get older and “new blood” is brought into the company. They may feel they could lose their job at any time. They may also question what meaning their job has in their life and start to wonder if they are doing the right job at all. Fear of poverty can be a useful rubric here:

Bryonia: fear of poverty, irritable and con­stantly and pessimistically talking about business.

Aurum metallicum: for men who avoid fac­ing the many challenges of middle age by “throwing themselves into their work” and becoming workaholics. These men tend to be successful (gold standard)people and often very wealthy. They may look quite contented to col­leagues and friends but inside they feel deeply depressed and may even enter­tain suicidal thoughts.

Leisure
Men who work too hard to have any hobbies or leisure time are more vul­nerable to a mid-life crisis. As retirement looms they have every reason to become fearful. Other men might look forward to playing more golf or spending time with the grandchildren but if a man never had time for these in the first place, then it’s unlikely they have been nur­tured enough to generate real enthusi­asm. The word and symptom “apathy” comes to mind:

Phosphoric acid: apathetic, listless, in­different and settled despair. He has little enthusiasm for anything.

Time running out
Of course the remedies listed above only represent a small percentage of the many ways men with the male mid-life crisis may present to a homeopath. There is, however, one symptom in the repertory that epitomises the struggle these men are engaged in. It is in the Mind section of the repertory and is: Fear of being unable to reach his destination.

As life reaches its mid-point, it starts to dawn on some men that they may never realise the dreams of their youth. Time is simply running out and this fills them with dread. The main remedy for this symptom is Lycopodium, and indeed I have found it an important treatment (but by no means a panacea) for the male mid-life crisis. It is possi­ble, however that men who always needed Lycopodium as a constitutional remedy have a higher incidence of this syndrome. Lycopodium has a fear of the challenges that life throws at us and the mid-life and increasing sense of mor­tality is a big challenge for anyone to have to face.

How useful is homeopathy in treating male mid-life crisis?
In my experience, homeopaths can be of great use to these men. Unlike ortho­dox medicine, homeopathy really encourages people to talk about their whole lives. Just speaking to an empathic listener about the vicissitudes of this crisis can be of great therapeutic bene­fit. Many men may turn up their noses at counselling and psychotherapy but may be prepared to reveal all to a doc­tor who is prepared to listen. Homeo­pathic doctors tend to be “listening doctors” so the homeopathic consult­ation process itself can be very helpful for sufferers of this syndrome. In addi­tion, the prescription of the right home­opathic remedy can be just the tonic these men need.

This article was first published in the Spring 2003 issue of Health & Homeopathy.

Brian Kaplan MBBCh FFHom has practised as a homeopathic doctor for over 20 years. In 1987 he edited Dr Gibson’s Studies of Homeopathic Remedies with Marianne Harling and in 2001 he published the critically acclaimed The Homeopathic Conversation. In 2002 he was elected as a fellow of the Faculty of Homeopathy.